Why You Should Re...

Why You Should Research Carry Laws When Traveling 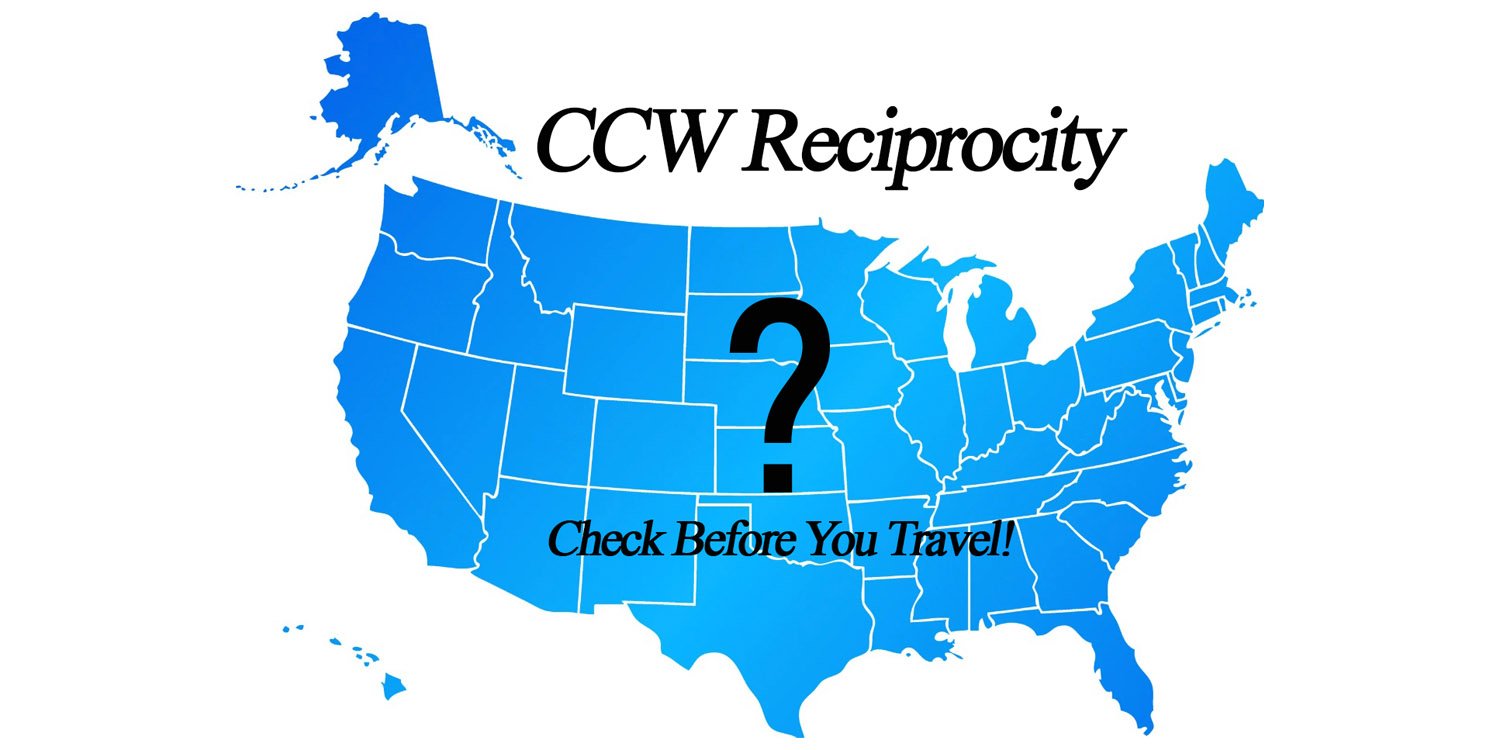 Have you ever been on a trip across several states and wondered what the specific gun laws are for that area? Many states across the U.S. have confusing carry laws, so even if you have a concealed weapons license in your state, it may not be valid where you’re traveling. So what are your options when it comes to taking your gun on a trip?

States with stricter gun laws intentionally make their stipulations difficult to understand so law abiding citizens will just avoid carrying in fear of breaking the law. Their hope is you just don’t bring your gun, but that leaves you unprotected. This isn’t the best option, especially if you’re going somewhere you’ll need your firearm, like hunting.

In 1986, the Firearms Owners Protection Act was passed. It protects “the right of a law-abiding American to transport an unloaded firearm between a location where he or she may legally possess it and a destination where he or she may also legally possess it, regardless of state or local laws along the route of travel that might otherwise apply.” This is a good law to have, however it has several restrictions. The firearm and ammunition cannot be easily accessible and must be locked in a container other than the glove compartment or center console. This is obviously not ideal because in the case of an emergency, you wouldn’t have time to access and load your weapon.

It’s important to research gun laws if you plan to carry your gun while traveling across state lines. While many states have common sense laws when it comes to law abiding citizens carrying guns, others are not as friendly. If you don’t check into the gun laws of the states you’re traveling to, you could end up in a bad situation you didn’t expect. Your best bet when planning a trip is to check into the gun laws throughout your route so you can be prepared. You might even choose to take a different route to ensure you’re not unknowingly breaking the law.

Law abiding citizens with concealed weapons permits should be able to cross state lines and be protected from breaking the law if they have to defend themselves or others. If not, situations arise like the case of Lloyd Muldrow, a Virginia resident who “spent 15 years in the U.S. Marine Corps, first as a presidential security guard, then in the infantry. He spent many of those years as a weapons expert and hand-to-hand combat instructor.” When he traveled to Maryland for a family party at a club, he left his firearm in his car during the event. As he was getting ready to leave, he replaced his gun where he always kept it on his belt and pulled the car around to pick up his companions. He saw and heard commotion when he reached the club and realized there was a gunman threatening others and his family. Realizing his friend had been shot in the head, he jumped into action and quickly disarmed the gunman before he could hurt anyone else. When the police arrived, this hero was arrested because even though he did everything to deescalate the situation and save people, carrying that weapon was against the law in Maryland. His Virginia license wasn’t valid there. This is just one example of a situation like this and it doesn’t make much sense.

Hopefully in the future legislation will pass laws to make all this a lot simpler. “…the NRA has, for years, been talking about federal legislation for “national concealed-carry reciprocity.” Such legislation would ensure that those who can lawfully carry concealed in their home state are able to carry concealed in every other state without being considered criminals in anti-gun jurisdictions.” Voting for the right representatives who support the 2nd Amendment and understand how important it is for people who want to follow the law is crucial.

America’s 1st Freedom publication says it best, “The old saying, “elections matter,” is especially important for Americans who wish to travel safely and legally with their carry firearms where they can be easily accessed in the case of an emergency.”

A Brief History of Ammunition

In a recent blog we discussed what modern bullets are made of. It has taken… END_OF_DOCUMENT_TOKEN_TO_BE_REPLACED